A Tribute to Abraham Lincoln

Presidential politics have always been vicious, slanderous and brutal, and often ridiculous.  This isn’t something new. 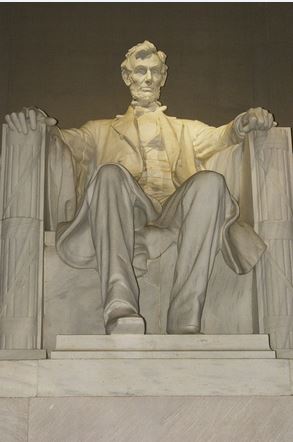 Abraham Lincoln was easy to mock, as a gangly, homely, back-country bumpkin. And he was surely hated and scorned more in his presidential tenure than anyone else was, before or since, because he got into office at this country’s cruelest moment, when Americans were eager to kill each other over their beliefs. That hatred cost him his life, in the instant form of a pistol bullet, fired by a man who was deranged by hatred.

That bullet killed him as four years of personal agony had not been able to do, although a part of him died every tragic day that he was in the White House. Lincoln was a moody, tortured man, in person. Though he hated war, he spent his entire time in office having to make the decisions that resulted in the deaths and maimings of hundreds of thousands of his fellow Americans. The casualty reports of any given day tormented him almost to despair.

I have pondered on Abe Lincoln for eighty years. Much of my life was shaped by him, even when I didn’t yet understand that. I grew up in the Union he gave his life and soul to preserve. Many of my ancestors gave their lives and souls to serve his goals. As a professional writer, I judge Lincoln as the best writer who was ever President of this country, or maybe any country. Shakespeare couldn’t have written the Second Inaugural Address better.

And as a man who likes and needs to laugh pretty often, I understand that humor is our survival kit in the hardest times. I am sure it was Lincoln’s. That tragic, tortured man was a famous joker. Someone once said that while the Confederate women gathered to sew uniforms for the Rebs, Yankee women gathered to make up funny Lincoln stories.  But he made up plenty of his own, often at his own expense. I often envision him as “Abraham winkin’.”  Once when a political opponent accused him of being two-faced, Lincoln said, “I leave it to my audience. If I had two faces, would I be wearing this one?”

I’m happy that I lived long enough to get around to writing about Lincoln.

He doesn’t actually appear alive in any scene of my novel, Fire in the Water, but his spirit is the force that drives the book’s whole narrative, and inspires the protagonists to stay alive through the hardest hours of their lives.

James Alexander Thom is the author of Follow the River, Long Knife, From Sea to Shining Sea, Panther in the Sky (for which he won the prestigious Western Writers of America Spur Award for best historical novel), Sign-Talker, The Children of First Man, The Red Heart and Saint Patrick s Battalion. Thom is an inductee of the Indiana Journalism Hall of Fame. His thoroughly-researched historical novels have sold more than two million copies. He was the inaugural winner of the Indiana Author Award in 2009. Two of his novels were made into television movies, by Hallmark and by Ted Turner. A Marine veteran, Thom lives in rural Owen County with his wife, Dark Rain, with whom he co-authored Warrior Woman. He is now at work on another American Indian novel, and a memoir. His newest novel is Fire in the Water the continuing adventures Paddy Quinn. 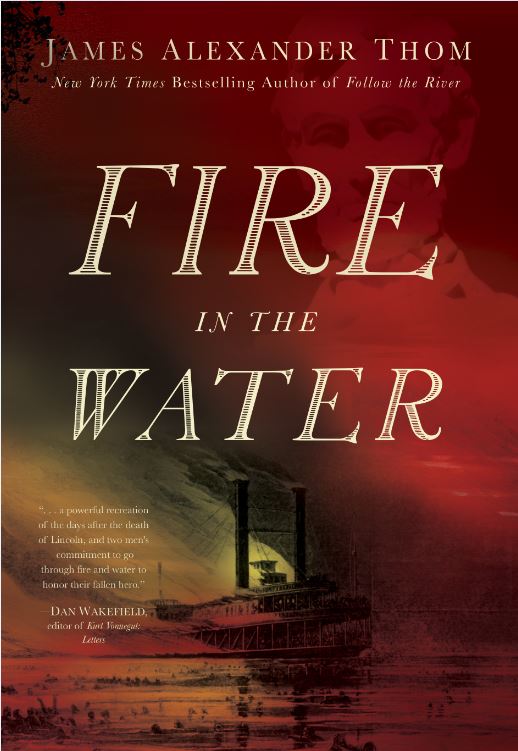