Since God and my mother saw fit to make me literate, I have made up my mind to keep a diary. This is the beginning of it. Nothing much is happening to write about at this time, but it appears the

United States Army will be going to Mexico pretty soon, and I’ll be going along with it. I ought to keep a diary.

Here it is about me and the Army. I was with the soldiers in the last year of the Seminole campaigns in Florida. I was an errand boy in camp. Mostly I did servant work for the officers who didn’t have their own personal slaves. Officers are pretty helpless, so many of them being gentlemen and too good to shine their own boots or empty their own chamberpots, or go fetch anything they need, so there was always something for me to do to earn my keep. 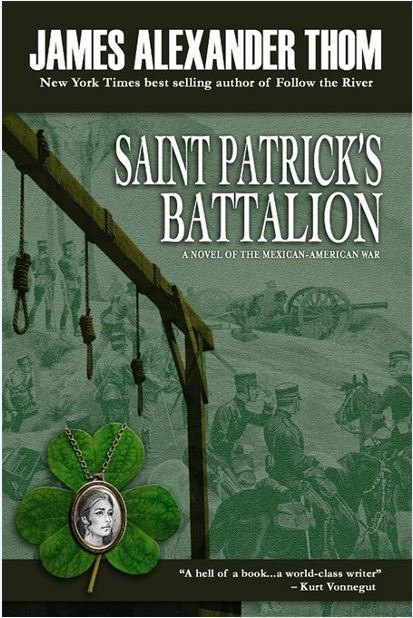 You see my handwriting is pretty good. Soldiers who can’t write asked me to write letters home for them, and I earned some pennies from them. They would tell me what they wanted their families to know about the Indian campaign, and I came to like writing it. It’s like storytelling, and I practiced making the stories sound the way the soldiers would have told them if they had the gift of words. Or what my mother called Blarney. It seemed to me that a man soldiering against those Seminole Indians in their great swamp, a man doing that would want to seem like a heroic sort of fellow back home. So I sometimes wrote some flourishes and maybe little exaggerations to make their folks back home admire them.

I never wrote any outright lies, such as, a fellow had been awarded a medal for bravery. But I might suggest in the letter that he deserved one.

Sure and they did deserve medals just for being down there in that mucky, prickly swamp with all the poison snakes and those mosquitoes. And officers who were meaner than alligators! The Seminoles themselves were scary, being cunning and in their own kind of countryside, where white folk don’t really belong, not having webbed feet. The Seminoles don’t really have webbed feet, either, but a body could believe they do, the way they get around in there. I don’t think we really won that Swamp War, but a couple of years back the government said it was over and we moved back into garrison on solid ground. What I am getting at here is that I regret I wasn’t writing down all those interesting events and occasions, so that I could remember them better. I was only nine then. I write much better now. I teach myself by reading everything I can get.

Lately our country and Mexico got to squabbling about their border with Texas, and pretty soon our Army moved here to New Orleans where we can load on all kinds of ships and go straight over to Mexico, if it comes to that. It seems the President is pretty determined to have a war against Mexico. You don’t do this much getting ready if you don’t really mean to do something. This city is all a-stir with soldiers and officers.

The above excerpt is from Saint Patrick’s Battalion, by James Alexander Thom, Blue River Press, 2008. Pick up your copy at right here and read the whole story!