Phog Allen was like a father to me. I couldn’t say I knew that would be the case when he was recruiting me from Indiana. I have two books on the shelf that he wrote. I’m not sure how much people remember them. It’s like everything else. Once you are in an era and its popular you think it will last forever. Then other people come along who are better known or who are more popular. But guys like Phog Allen are the ones who built the college game into what it is now. It had to start somewhere and they were the pioneers. There was Naismith and Allen and Hank Iba at Oklahoma A&M, and others, but Phog was a great coach in that man’s time. It’s easy to forget the older guys who started it all.

Now coaches are on TV and radio all of the time, but I think Phog Allen was the first great coaching psychologist. He molded players together by their strengths. He had guys there at Kansas from wealthy families, guys from the middle class, guys like me that couldn’t have afforded to go to college without a scholarship.

Anything that had to be discussed from a personal standpoint, about life, about the game, that was Phog. He was not at all standoffish. His door was always open. He was open with us not only on the court, but in his office and at his house. 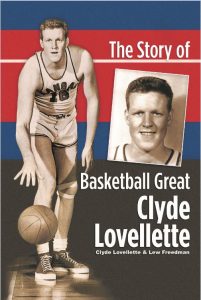