The following is an excerpt from chapter 14 of Fizzle: The Hidden Forces Crushing Your Creativity.

In any discussion of creativity, there is one persistent myth that refuses to go away. In fact, it is so ingrained in our collective consciousness, that it is blindly accepted as concrete proof that most of us are permanently confined to a non-creative existence. And, that is a deep-seated belief that some of us are born creative and others are endowed with a set of genes that mitigates against any sort of creative output. A few folks were gifted with creativity; the rest of us — not so much!

Truth be told, creativity is not something that is genetically determined. It is not something you inherit from your parents nor is it some “special gene” that your great-great-grandfather from Italy passed down to you. Creativity is NOT some kind of Las Vegas magic trick, ancient Egyptian secret, or long-ago Norse legend. Nope! Quite simply, creativity is an inherent and natural sequence of actions leading to the production of dynamic ideas. Most of us are creative souls early in our lives and it is our upbringing, schooling and work environment that often determine the degree of comfort we have with matters creative. What we have experienced (in formalized settings) frequently determines what we can create. Creativity is never a matter of chance or genetics; it is always a matter of incubation.

However, the psychological reality is that, as humans, we have an overwhelming tendency to compare ourselves to others. When we are at a social function we compare our clothing to those worn by others (“See that woman? I’m sure she doesn’t shop at the same stores I do!”). In a work environment, we wonder how much someone makes if they are engaged in the same job or position as us (“How come Janice drives a BMW? She’s doing the same job I am.”). In your neighborhood, you may compare your lawn to that of your neighbor’s (“Hey, look at Jake’s lawn. It doesn’t even begin to compare with mine.”).
By the same token, when it comes to matters creative, we frequently compare ourselves to creative giants – those individuals who are celebrated for their creative discoveries, inventions, or contributions: Georgia O’Keefe and her majestic and iconic paintings, John Steinbeck and his quintessential, yet down-to-earth, novels, Steven Spielberg and his prototypical movies, the “get up and dance” songs of Elton John, Jane Goodall and her groundbreaking studies of primates, and the overwhelming gracefulness of ballet dancer Misty Copeland are all ceremoniously raised upon a pedestal of creative expression and creative thinking that few can ever hope to achieve. Those folks are icons, celebrities, idols, and modern-day gods. We’ll never rise to their level; we’ll never achieve their creative greatness. They are a different breed, in a different universe, and products of a different gene pool. “They are the creative people” and “I am not creative” thus become two clearly defined groups. If we don’t belong in the first, then it stands to reason that we must certainly belong to the other.

The unfortunate consequence of this mindset is that we significantly diminish our individual creative ability. By casting people into two distinct (and highly unequal) categories, we have a propensity to assign ourselves to the “lower” of the two groups. If we like to draw, we may compare ourselves to Picasso and convince ourselves that, “I’ll never be as creative as he was.” If we are freelance writers, we may tell ourselves, “Well, I guess I’m never going to be as creative as Steven King.” If we are in the business world, we may bemoan the fact that, “I’m certainly no Steve Jobs…and probably never will be.”
Our mantra often becomes, “If (Picasso, Steven King, Steve Jobs) are creative, then I am not!”

We frequently put those “famous creatives” on an altar that we can never ascend. We tend to see ourselves in their shadow; celebrating their works, but never attaining their glory. Often, it looks as though creativity is so far away — a concept honored, but infrequently (if ever) personally attained. And that opens a door, a door that allows fear, insecurity, and negative self-judgement to enter. We begin to believe that we will seldom generate new and innovative ideas, that any ideas that we do spawn will wither and die when presented to our colleagues and friends, and that we are burdened with a significant disability that will internally quash any creative endeavors for all of our lives. 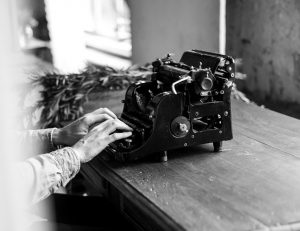 Part of this enormous myth is based on the reality that we are a dichotomous society (Are you: a Republican or a Democrat, short or tall, young or old, urbanite or suburbanite, female or male, blond or brunette, gay or straight?) , But, by the same token, the myth is also supported by the belief that creativity is mutually exclusive. It’s a province of a few, but unavailable to the many. To extend this concept even further, there are some who believe that the words “creativity” and “creative” should only be used when referring to inventions and ideas that are totally new to the world (e.g. the discovery of penicillin, the manned landing on the moon, the invention of GPS). That thought, as you might imagine, further cements the comparison myth in our consciousness – so much so, that it becomes a self-defeating prophecy.

In my research for Fizzle: The Hidden Forces Crushing Your Creativity, I encountered numerous books and articles that used language such as the following: “Creative people are individuals like Leonardo, Edison, Picasso, or Einstein [who] have changed our culture in some important respect,” “Creative people are the ones who get ahead in their jobs, start new businesses, invent products, …paint pictures, and make things of beauty.” and “…creative people need to know a lot about a little and a little about a lot.” Go back and re-read each statement and you’ll note a disconcerting term in each one: “Creative people.” In using that designation, each author has quietly and subtly injected the idea that there are, indeed, two groups of people on the planet — the creative class and the non-creative class. That is to say, we either identify with one group or the other.

Many of those same authors go on to expound on all the qualities, dynamics, and features — often in glowing terms — of those folks who are part of the “I’m a creative person” group. The appellations and compliments are rampant and it is clear that this is a singularly unique group inhabited by individuals who not only get a lot of press, but who have skills that the rest of us could never aspire to. In reading about these intellectual “Masters of the Universe,” we often, by default, create and assign ourselves to that “other group,” knowing that we lack comparative abilities or a similar intellect. Yet, a bank of psychological research has demonstrated that creativity is not the province of a few, but rather the possibility of all. So, be careful what you read; someone may be grouping you without your knowledge… or consent. 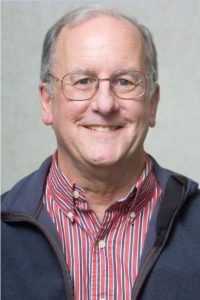 “One of the myths of creativity is that very few people are really creative. The truth is that everyone has great capacities, but not everyone develops them.” – Sir Ken Robinson

To get more helpful information on finding your creativity, pre-order your book here.  Keep an eye out for Fizzle: The Hidden Forces Crushing Your Creativity 9781681571874 will be available in bookstores in June.

To see more great books by Anthony Fredericks and other Blue River Press authors, check out our book shop.