Creativity is About Connections 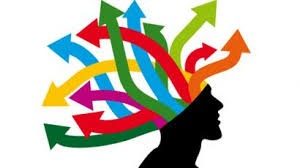 Creativity is About Connections

One of the more persistent myths about creativity is that a creative idea is a totally original idea.  That is, to be creative one must be able to create ideas that have never been thought before.  The thinking is that each idea must be new, original, and fresh – a thought or an object that has never before existed in any shape or form.  It is absolutely original.

The truth is that most innovative ideas are not entirely original.  In many cases, they are simply the marriage of previous ideas into a new concept or format.  Creativity often involves the ability to take existing knowledge and restructure it into a new format.  It’s about making connections with stuff that’s already there.  Steve Jobs, the founder of Apple, brought this into perspective when he said:

“Creativity is just connecting things.  When you ask creative people how they did something, they feel a little guilty because they really didn’t do it, they just saw something.  It seemed obvious to them after a while.  That’s because they were able to connect experiences they’ve had and synthesize new things.  And the reason they were able to do that was that they’ve had more experiences or that they have thought more about their experiences than other people.” 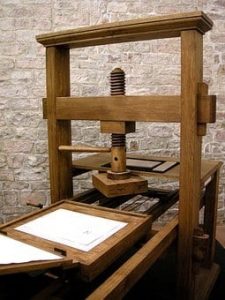 One of the most-oft cited cases of creativity centers around Johannes Gutenberg who, in 1450 created movable type and the printing press.  Movable metal pieces allowed pages to be printed much more quickly than the standard wooden blocks used to press ink onto paper.  His “combination of pre-existing technologies” created printing presses that could print thousands of pages a day.  This revolution allowed books to be created more quickly and more efficiently – allowing the middle class to obtain them as never before.  The result was the rapid spread of knowledge across the European continent.  That intellectual revolution came about due, in large measure, to the combination of two previous (and seemingly unconnected) ideas: a wine press and a coin punch.

“A wonderful harmony is created when we join together the seemingly unconnected.” 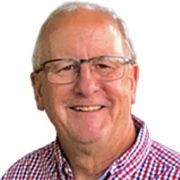 Dr. Anthony D. Fredericks is an award-winning author of more than 170 books, including the highly anticipated From Fizzle to Sizzle: The Hidden Forces Crushing Your Creativity and How You Can Overcome Them (January 2, 2022) as well as five other Blue River Press titles (e.g. Ace Your Teacher Interview).  He also pens a regular blog (“Creative Insights”) for Psychology Today.com (https://www.psychologytoday.com/us/contributors/anthony-d-fredericks-edd)